We use cookies to provide you with a better experience. By continuing to browse the site you are agreeing to our use of cookies in accordance with our Cookie Policy.
Home » Port of LA receives federal grant to improve truck flow

$20 million RAISE grant will fund construction of a four-lane, rail-roadway grade separation to ease truck access to and from 80-acre marine support facility.

The Port of Los Angeles received a $20 million federal grant Wednesday for a rail-roadway project designed to ease truck congestion and improve cargo flow at the port.

“We’re proud to be here marking such important progress being made, but also recognizing that there is so much more to do to fix the supply chains that were torn up by the pandemic and to make them more resilient for years to come–and right here we have a great example of that,” Buttigieg said. “We are delighted to formally celebrate the award of $20 million to the Port of Los Angeles to reduce trucking delays and allow freight trains to move goods more rapidly, reducing shipping costs as part of the fight against inflation.”

The grant will help fund construction of a four-lane rail-roadway grade separation allowing easier truck access to an 80-acre marine support facility on Terminal Island, which serves all terminals in the San Pedro Bay complex. Today, truck access to the facility is impeded by several heavily used rail tracks and a tunnel with low vertical clearance, both of which will be addressed by the project, officials said.

When completed, the new rail-roadway will connect trucks directly to the highway system in two directions, resulting in a reduction of 2,500 truck-hour delays daily; a decrease of more than 3,000 metric tons of emissions per year; and a reduction of 1,200 truck miles traveled per day, which will also decrease accident potential in the area. The project will generate 300 new jobs, officials also said. 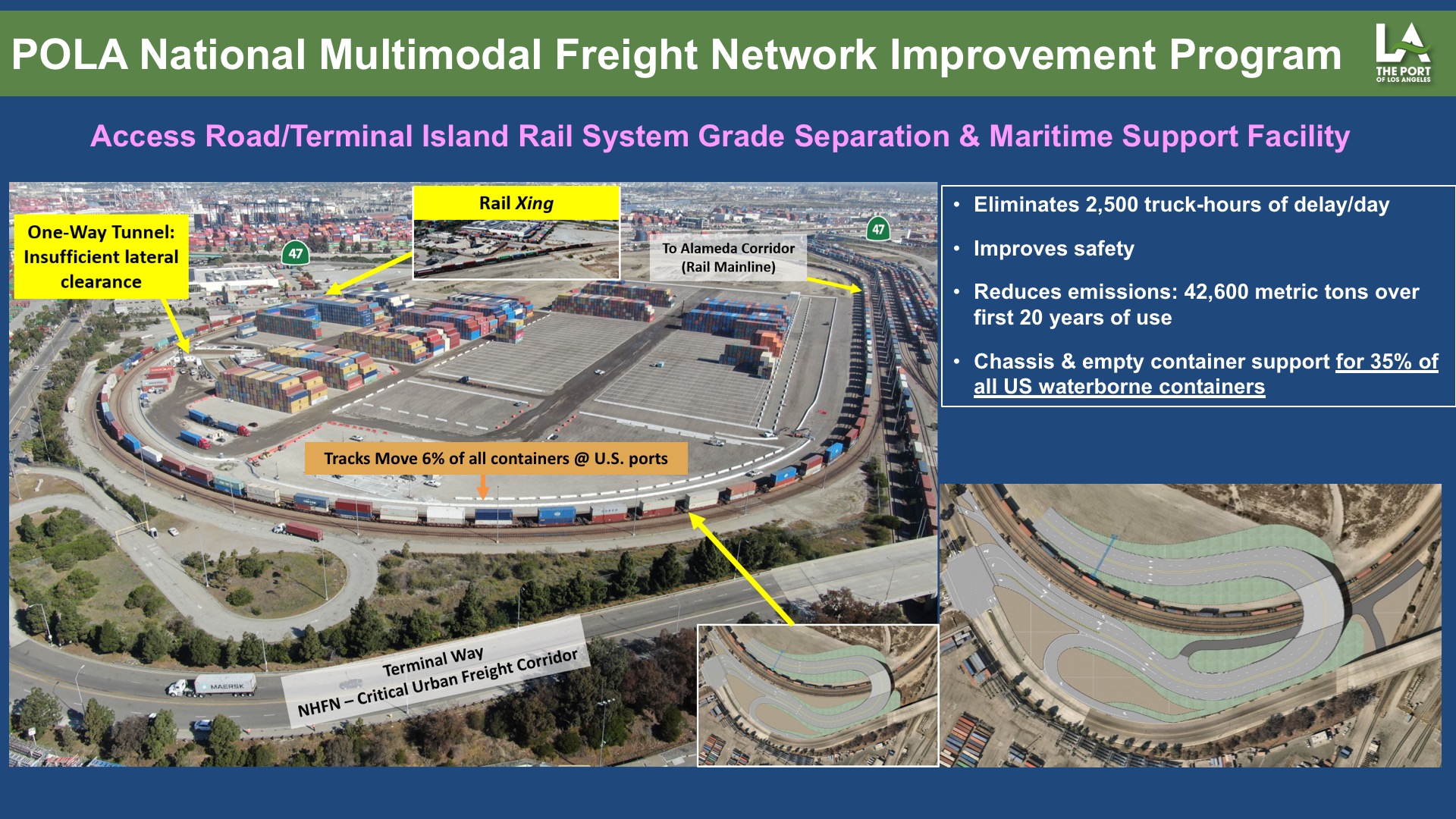