We use cookies to provide you with a better experience. By continuing to browse the site you are agreeing to our use of cookies in accordance with our Cookie Policy.
Home » CSCOs say generation gap is leading cause of warehouse labor shortages

Higher pay, more automation and technology will be key to attracting a new generation of workers, tech firm research shows.

The company surveyed more than 200 U.S. supply chain executives at e-commerce and retail businesses and found that shifting demographics, consumer expectations, and online buying trends are changing the look and feel of today’s warehouses, distribution centers, and fulfillment facilities–for good. An aging workforce, demand for higher productivity, and the need to attract younger workers are causing company leaders to seek a range of solutions, including investing in technology and increasing pay.

“Labor issues across industries continue to vacillate, but unlike the temporary shortages seen in other industries, continued e-commerce growth and shifts in generational employment preferences are uniquely impacting the fulfillment industry and predicted to lead to long-term labor shortages that will only compound in the coming years,” Steve Johnson, Berkshire Grey’s president and COO, said in a press release about the survey’s findings.

The often manual, physically demanding nature of warehouse work is a deterrent, especially to younger talent. But that’s where technology can really help, according to Johnson.

“In addition to compensation strategies, companies need to utilize robotics automation in order to stay ahead of this demographic shift,” he said. “Not only is it a huge attractor for young talent due to the increased safety and specialized upskilling it enables, it is also a game changer in terms of cost reduction, throughput, and ROI.”

Among the study’s findings, 64% of CSCOs said generational differences in employment preferences will have a long-term impact on labor availability, and more than half (57%) said labor shortages have kept them from meeting productivity demands. To address the problem, 76% of executives surveyed said they will need to raise wages and 63% said they will need to increase bonuses to attract and retain workers.

More than 50% of respondents said they are in the process of adopting or planning to adopt robotics, and those already using such technologies say they are reaping benefits, according to the survey: 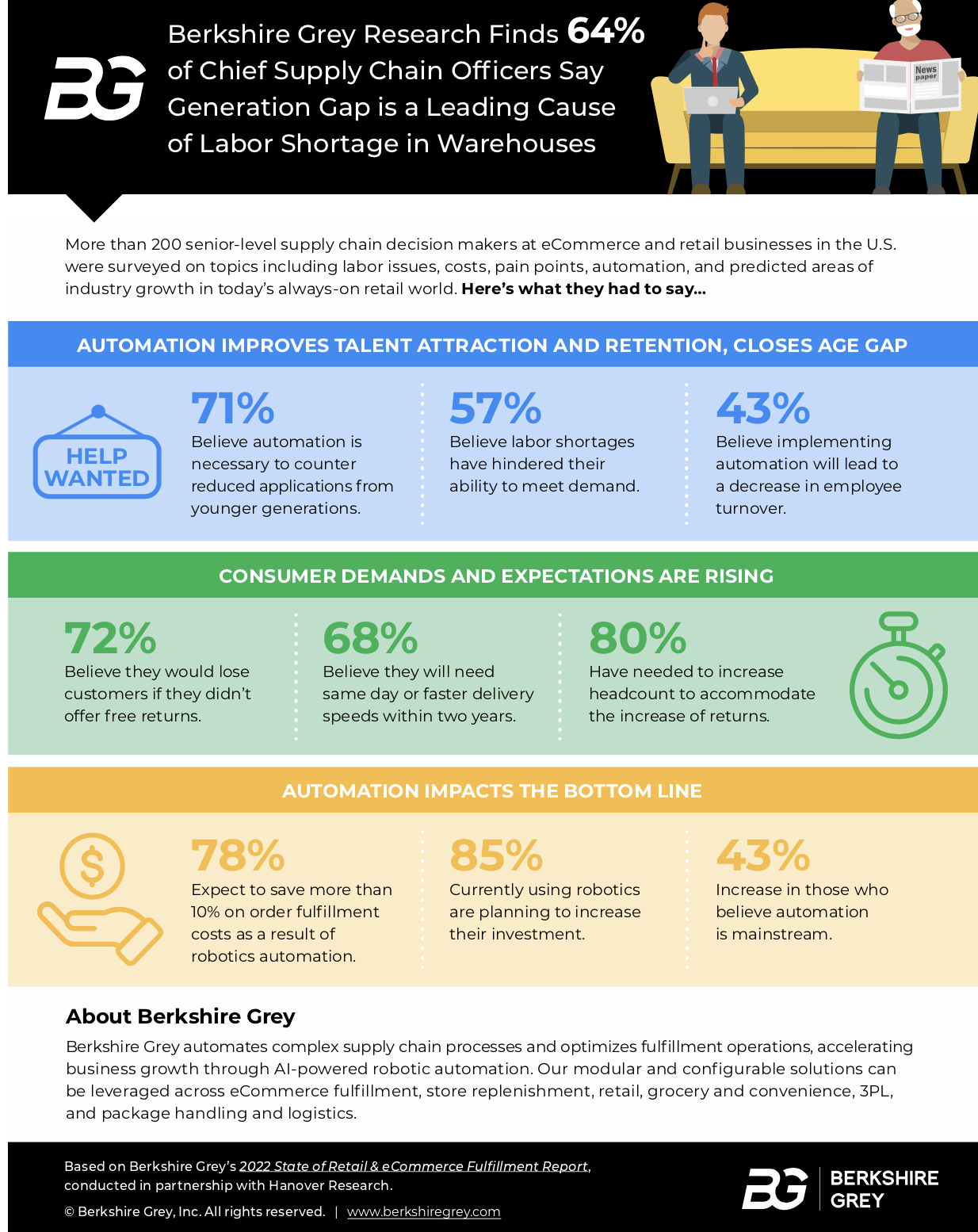