We use cookies to provide you with a better experience. By continuing to browse the site you are agreeing to our use of cookies in accordance with our Cookie Policy.
Home » Report: Industrial real estate market remains ‘strong and stable’

The market for warehousing and other industrial space remains tight nationwide, and the forecast for the remainder of the year calls for much of the same, according to a second-quarter outlook report from industrial real estate firm JLL.

Competition for space in the industrial market has been robust through the first half of the year, and vacancy rates have remained at record lows. U.S. industrial vacancy is hovering around 3.4%—the lowest ever, according to the research—with major port markets experiencing vacancy rates of less than 2%. The persistent demand is driving construction activity. More than 100 million square feet of space was delivered in the second quarter, a record high, and pre-leasing rates for new construction are at more than 63%, according to the report.

“Markets in close proximity to areas that are seeing 1%–2% vacancies are benefiting from the overflow demand, and this trend is expected to continue throughout the year,” according to the report’s authors, who also noted that: “The industrial pipeline is the highest on record, with over 586.7 million [square feet] currently under construction. While a growing pipeline and overbuilding may spark concern, the industrial market will benefit from the additional supply, especially as some markets see 1% vacancies.”

Much of the demand is being driven by distribution companies and third-party logistics services (3PL) providers who had to accommodate an influx of inventories following the supply chain crisis earlier this year–a trend that continues as companies expand inventories to avoid future shortages and disruptions. Logistics and distribution represented 15% of total square footage leased in Q2, and 3PLs accounted for 13% of that activity, according to the report.

Overall, industrial leasing volume grew by 6% year-over-year in the second quarter, according to a JLL spokesperson. 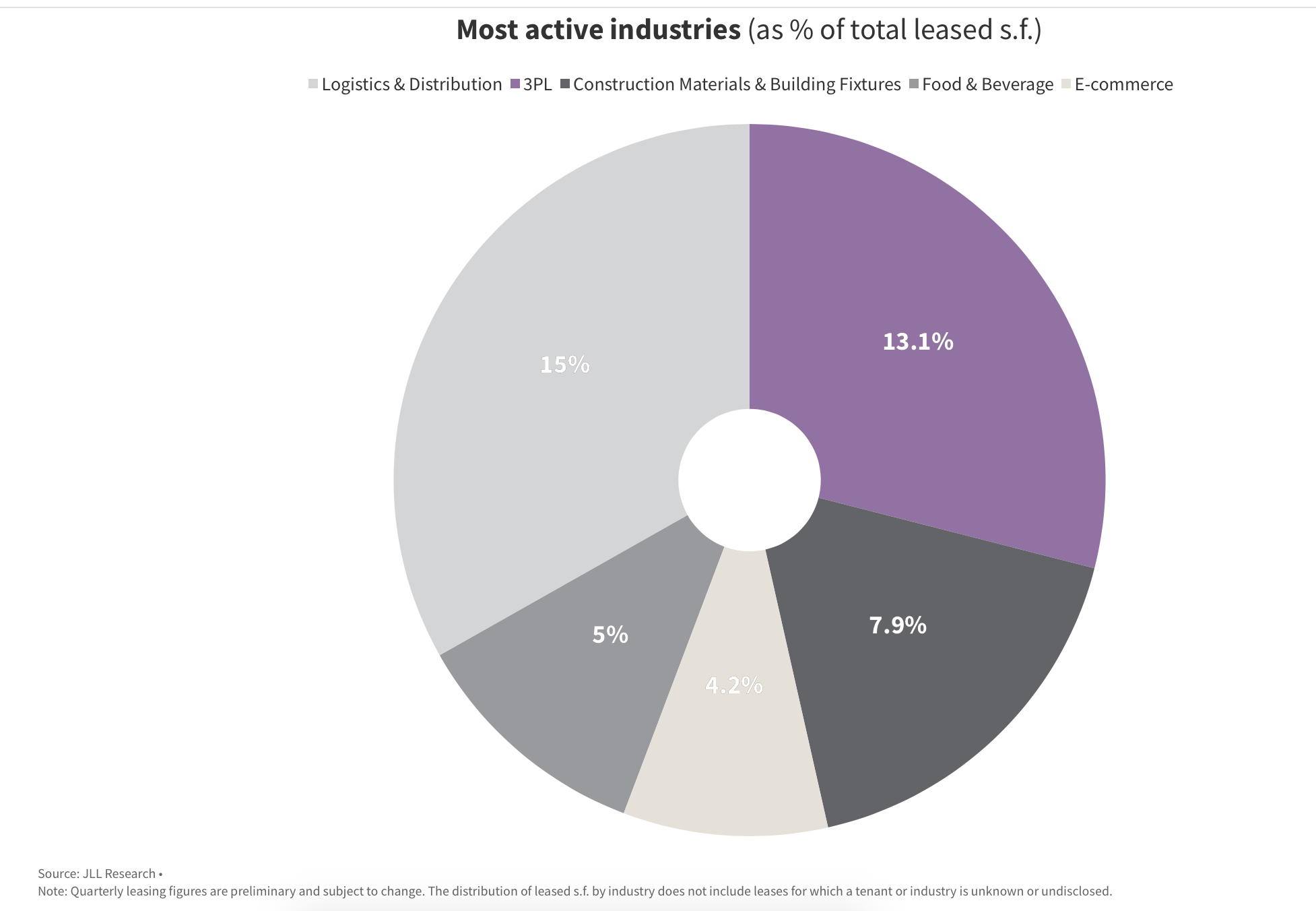