We use cookies to provide you with a better experience. By continuing to browse the site you are agreeing to our use of cookies in accordance with our Cookie Policy.
Home » Port of NY and NJ welcomes Little Lady Liberty

Nine-foot replica of the Statue of Liberty arrives in New York via CMA CGM Nerval to mark the 135th anniversary of the original statue’s trans-Atlantic voyage.

The Port of New York and New Jersey welcomed the Statue of Liberty’s “little sister” this week, marking the first stop on the replica’s journey from Paris to Washington, D.C.

The 1,000-pound, nine-foot-tall Little Lady Liberty is a replica made from the same plaster mold as the 1878 original by sculptor Auguste Bartholdi. She was removed from her base at the Musée des Arts et Métiers in Paris on June 23 and packed in a specially designed case with plexiglass walls crafted for transporting sculptures, port officials said. She will spend the Fourth of July holiday on display at Ellis Island with her full-scale sister before reaching her final destination at the French Ambassador’s residence in Washington, D.C.

French and American historians, artists, engineers, and cultural institutions worked together to bring the statue to the United States as part of a 135th anniversary celebration of the Statue of Liberty crossing the Atlantic Ocean.

Little Lady Liberty followed the same path as the original Statue of Liberty, making the journey from Le Havre, France, aboard the 6,500- twenty-foot equivalent unit (TEU) CMA CGM NERVAL, in a 20-foot shipping container embellished with a unique design to commemorate the project. CMA CGM worked in partnership with the Conservatoire National des Arts et Métiers and the Embassy of France in the United States to make this special transport happen, port officials also said.

The statue, a symbol of friendship between the people of France and the United States, will be unveiled in Washington on Bastille Day, July 14. 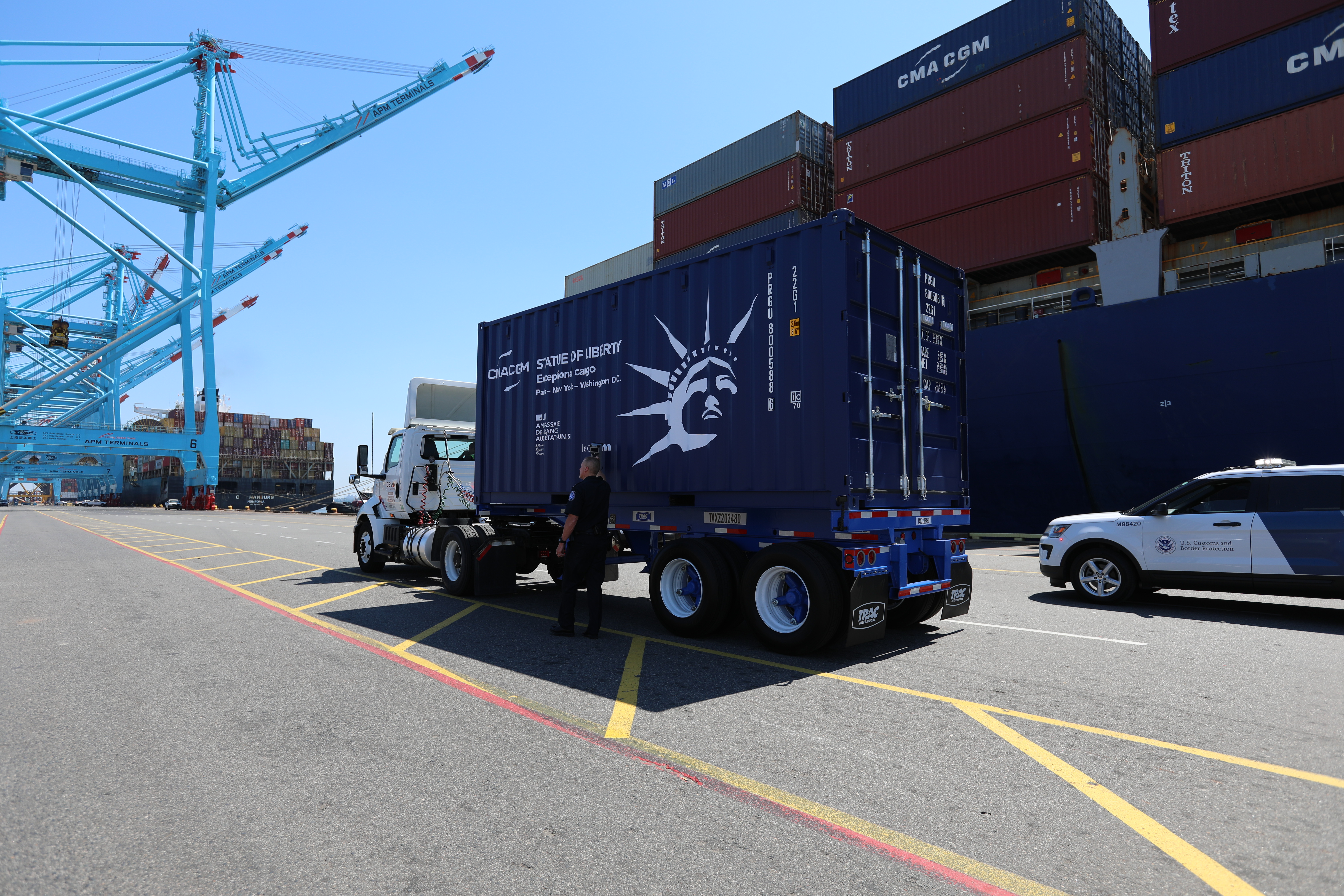