We use cookies to provide you with a better experience. By continuing to browse the site you are agreeing to our use of cookies in accordance with our Cookie Policy.
Home » Logistics continues strong growth path in January

Economic activity in the logistics industry continued to grow in January, driven by increasing inventory levels throughout the supply chain and tight capacity across warehousing and transportation markets, according to the latest Logistics Manager’s Index (LMI) report, released today.

The LMI, which gauges industry growth monthly, registered 67.2 in January, up slightly compared to December but well above the 54.1 reading from a year ago, LMI researchers said. The numbers indicate a continuation of the strong growth the industry has seen since rebounding last summer from lows brought on by the pandemic. 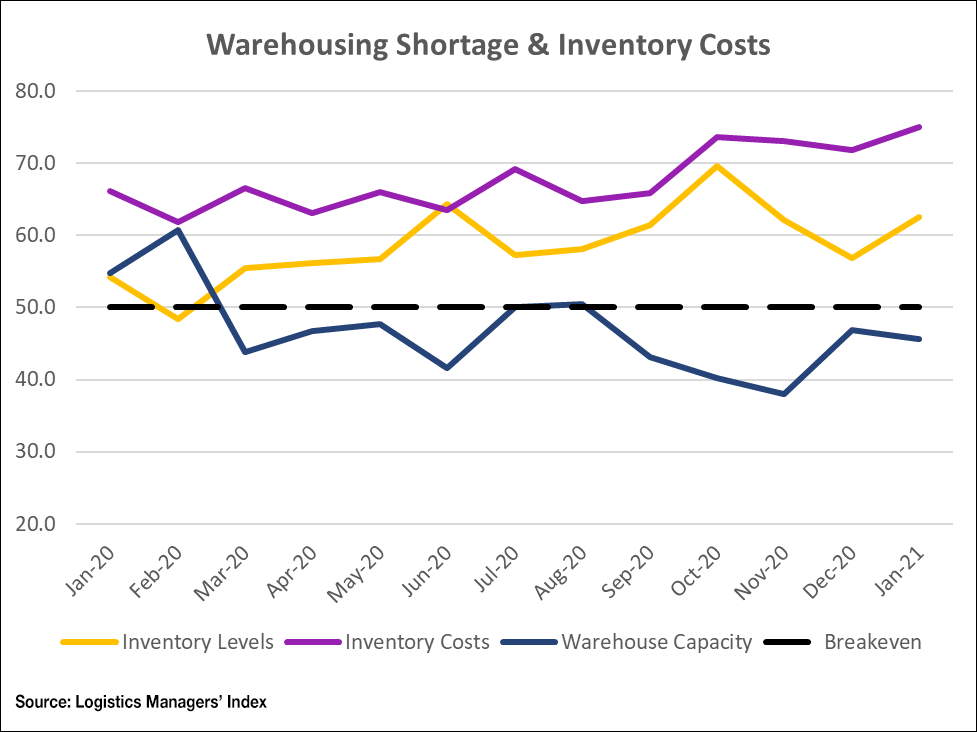 “With such limited capacity, it’s difficult to find a place to put things,” LMI researcher Zac Rogers, assistant professor of supply chain management at Colorado State University, said, adding that inventory costs are the highest they’ve been in two years. “It really demonstrates the tightness people are dealing with.”

Looking ahead, the LMI’s future predictions index indicates that prices will continue to grow at high levels across the board. Rogers said respondents are optimistic that a considerable amount of transportation capacity will come online, but are less bullish about movements in new warehousing capacity.