We use cookies to provide you with a better experience. By continuing to browse the site you are agreeing to our use of cookies in accordance with our Cookie Policy.
Home » Glimmers of hope

If you really needed any more proof of the severity of the economic contraction in the United States last year, you can find it in the 21st Annual "State of Logistics Report," appropriately titled The Great Freight Recession. According to the report, business logistics costs plummeted to US $1.1 trillion in 2009, a drop of $244 billion from 2008. The 2010 report was issued by the Council of Supply Chain Management Professionals (CSCMP) and was sponsored by Penske Logistics. (For more about the report, see the sidebar.)

The report's key benchmark ratio?U.S. logistics costs as a percentage of gross domestic product (GDP)—hit 7.7 percent in 2009, the lowest point ever recorded in the 30 years that data has been collected. (See Figure 1.) (The report was first issued in 1989, but the first edition included data dating back to 1981.) In the past, a ratio under 10 percent signified that U.S. logistics managers were doing an effective job of controlling costs and efficiently moving and storing goods. But that's not the story last year's number tells, according to report author Rosalyn Wilson, a transportation consultant at Delcan Corporation in Vienna, Virginia, USA. What it really means is that, as the amount of goods produced in or imported into the United States declined, so did logistics costs. In other words, logistics costs dropped to such a low level not because supply chain managers were doing a better job than ever but because there simply was much less freight to handle. 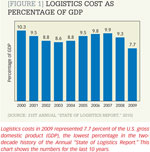 [Figure 1] Logistics cost as percentage of GDP Enlarge this image

Although last year's logistics costs mirrored the dismal state of the nation's downturn, there are glimmers of hope in recent data, according to Wilson. "The economy is already showing stronger signs of recovery," she said. "Thank God, last year is over."

Dramatic drop in inventory
Ever since the report was first issued under the supervision of the late Robert V. Delaney in 1989, it has broken down overall logistics expenditures into three key components: inventory carrying costs, transportation costs, and administrative costs.

One of the most telling pieces of data in this year's report is the drop in inventory costs. Inventory carrying costs amounted to $357 billion in 2009, a 14.1-percent drop from 2008. (See Figure 2.) That change stemmed from the combination of a 4.6-percent decline in inventory holdings and a 10-percent cut in the inventory carrying rate, which reflected a near-zero cost for credit.

Business inventories (which includes agriculture, mining, construction, services, manufacturing, and wholesale and retail trade) declined for the first three quarters of 2009 but rebounded slightly in the last quarter. Still, average inventory investment for the year remained below prerecession levels at $1.85 trillion, losing $89 billion in value. "Businesses cleared inventory at a rate not seen for thirty years," Wilson noted in her report.

Unlike during the 2001 recession, however, businesses were slow to respond to mounting stocks. Inventory levels rose steadily at first and plummeted in the latter part of 2009. That was partly because suppliers, especially those located overseas, did not deliver orders that had been placed before the recession until well into the economic downturn.

The progression is clear from the numbers. The inventory-to-sales ratio began to rise from 1.26 in late 2007 to 1.48 in early 2009. But by the end of the year, the ratio had fallen back down to 1.26, and it is still declining in 2010. (See Figure 3.) "The ratio has continued to slide because sales are picking up, but there has not been any substantial restocking of inventory," Wilson said.

This strategy could prove dangerous, according to Wilson. "Lean inventory is exposing companies to more risks. Inventory has shifted farther down the supply chain than in the past, but now distributors are less willing to hold supply," she said.

Not only did stockpiles get smaller but the interest rate for holding those inventories also declined. The annualized interest rate for commercial paper (shortterm notes issued by corporations and banks) stayed low at a mere .26 percent for 2009. (See Figure 4.) Hence, when the value of inventory was multiplied by the paper rate, it resulted in just $5 billion of interest, as noted in Figure 2. The other components of inventory carrying costs remained low as well. Taxes, obsolescence, depreciation, and insurance amounted to $233 billion, down 6 percent from the previous year.

The final component of inventory carrying costs—warehousing expenses—totaled $119 billion in 2009. That amount was 2 percent less than the previous year. In early 2009, distribution centers were still full because retailers could not sell all their goods. By midyear, however, inventories had either been liquidated or consolidated, freeing up warehouse space. With the decline in inventory, vacancy rates for warehousing rose and rates declined. Wilson expects warehousing rates to remain depressed until the end of 2010, when demand should pick up.

Transportation costs plunge
Transportation, the second major component of U.S. logistics costs, also saw a dramatic dropoff in 2009. "The downturn in each individual sector [of the economy] translated into a loss in shipment volume," Wilson explained in her report. That led to a plunge in transportation spending to $688 billion—20.2 percent less than in 2008.

The economic downturn hit the trucking sector, which represents about 78 percent of transportation costs, particularly hard. Overall spending on trucking services in 2009 amounted to $542 billion, down 20.3 percent from 2008.

A main reason for that sharp decline was a drop in the number of over-the-road shipments. Wilson noted that the for-hire truck tonnage index reported by the American Trucking Associations (ATA) fell from 113.3 in 2008 to 103.5 in 2009, a 7-percent decline. The ATA calculates that index based on a monthly survey of its members. (The association has since reported that both private and for-hire carriers hauled an estimated 8.8 billion tons of freight in 2009, down from 10.2 billion tons in 2008.)

Competition for fewer loads sparked a rate war, which lowered costs. That drop in freight rates occurred even though trucking capacity shrank at what Wilson called "unprecedented rates." About 2,000 motor carriers closed their doors in 2009, removing a substantial number of trucks from the nation's supply. In addition, the remaining carriers pared their fleets, sidelining trucks and trailers.

Other transportation modes suffered as well. Taken together, airlines, railroads, freight forwarders, water, and pipeline movements accounted for some $146 billion in spending in 2009, a drop of 20.5 percent from 2008.

Railroads represented $50 billion of that total, reflecting a 20.6-percent reduction from 2008. In 2009, in fact, the Association of American Railroads reported the lowest number of car loadings since 1988, when it began tracking that data. Last year, U.S. railroads originated just 13.8 million carloads; that's 2.6 million carloads fewer than in 2008, marking an 18-percent decline.

Shippers spent $29 billion on domestic and international water transportation in 2009, down 21.6 percent from the previous year. Wilson noted in her report that ocean carriers sustained huge losses, in part because spot rates were, in many cases, below their operating costs. Carriers mothballed an estimated one-fourth of their fleets, but that move did not dent overall capacity because of the introduction of new ships, which can carry more containers than older vessels. Many ocean carriers also curtailed sailings and engaged in the practice of "slow steaming," or cutting back speed to save on fuel. Although these tactics saved money, they eroded ocean carriers' on-time reliability, and shippers now face longer delivery times with less predictability, Wilson wrote.

One mode was able to buck the trend of falling rates, however: air, which represented $29 billion in costs. Cargo traffic declined 11 percent in 2009— the largest drop on record, Wilson noted. During the downturn, many airlines took aircraft out of service. In fact, the International Air Transport Association (IATA) reported that air cargo capacity shrank 12 percent in 2009. As a result, rates have generally risen, and Wilson noted that in the last quarter of 2009, pricing for air shipments on some routes actually doubled.

As for the remaining transportation cost components, oil pipelines generated $10 billion in costs, and freight forwarders accounted for $28 billion.

Aside from inventory carrying and transportation costs, two other factors figure in Wilson's computation of business logistics costs. Shipper-related costs, which include the loading and unloading of transportation equipment as well as traffic department operations, were pegged at $9 billion for 2009, up 2 percent. And administrative expenses—which are computed by a generally accepted formula that takes the sum of inventory and transportation costs and multiplies it by 4 percent—totaled $42 billion. That was down 18.5 percent compared to 2008.

Reasons for optimism
At the time the "State of Logistics Report" was released in early June, preliminary economic figures for 2010 gave some reason for optimism. The U.S. Bureau of Economic Analysis had estimated U.S. GDP growth for the first quarter at 3 percent, and the U.S. Federal Reserve was continuing to hold interest rates in check. Manufacturing was also showing signs of improvement. In April, manufacturing output had climbed 1 percent for the second consecutive month and was 6 percent higher than the same period last year.

Despite those glimmers of hope, unemployment remains a key area of concern. Jobs are being created but not at a rate fast enough to provide work for all job seekers. Rather than hire back workers, many companies continue to push existing employees to work harder. As Wilson noted in her report, that is evidenced by the fact that labor productivity has risen by 6.1 percent over the previous four quarters, the fastest pace since 2002.

Signs of growth have also appeared in the transportation sector, with freight volumes rising in the early months of 2010. The American Trucking Associations reported that its truck tonnage index has increased by 6.5 percent overall from October 2009 to April 2010. Air cargo carriers have also seen their volumes increase. The International Air Transport Association reported in March that airfreight volumes worldwide for that month reached 28.1 FTK (freight tonne kilometers)—almost back to levels seen in early 2008. Ocean carriers are experiencing a rise in bookings. Only rail car loadings had not picked up.

The increase in freight volumes is not completely good news for shippers, however. Given the reduced capacity for all modes, shippers should be prepared for rate increases in 2010, Wilson warned. "Shippers would be wise to be first at the table negotiating rates and capacity," she advised. "Guarantee a minimum level of business in return for guaranteed carriage or limited rate hikes two or three years out."

Despite her overall optimism about the prospects for 2010, Wilson added a note of caution. "We are on our way up, but far from breaking the surface," she said. "We need to continue to mind the bottom line and keep costs in check."

About the "State of Logistics Report"

For the past two decades, the Annual "State of Logistics Report" has quantified the size of the U.S. transportation market and the impact of logistics on the U.S. economy. The late logistics consultant Robert V. Delaney began the study in 1989 as a way to measure logistics efficiency following the deregulation of transportation in the United States. Currently the report is authored by Rosalyn Wilson, a transportation consultant at Declan Corporation in Vienna, Virginia, USA, under the auspices of the Council of Supply Chain Management Professionals. This year's report was sponsored by Penske Logistics.

State of Logistics Report
James A. Cooke is a supply chain software analyst. He was previously the editor of CSCMP's Supply Chain Quarterly and a staff writer for DC Velocity.