We use cookies to provide you with a better experience. By continuing to browse the site you are agreeing to our use of cookies in accordance with our Cookie Policy.
Home » On the road to a smaller carbon footprint

On the road to a smaller carbon footprint

How much carbon dioxide does yogurt manufacturing produce? Too much, according to yogurt maker Stonyfield Farm, which has pioneered a program to reduce greenhouse gas (GHG) emissions across its entire company.

For the past four years, the Londonderry, New Hampshire, USA company has worked hard to shrink its carbon footprint —the amount of carbon dioxide (CO2) it produces as a byproduct of its business. Although milk production is the biggest culprit, the transportation of finished products is close behind in the amount of greenhouse gases released into the atmosphere. 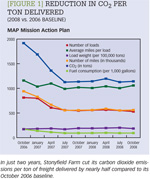 [Figure 1] Reduction in CO2 per ton delivered Enlarge this image

That's why the company embarked on a program to cut CO2 emissions associated with the delivery of its finished goods. Stonyfield's carefully planned foray into carbon-footprint mapping offers a possible model for other companies that are concerned about their supply chains' carbon emissions.

MAPing and measuring
As a maker of organic products, Stonyfield Farm has always had a keen interest in programs that help the environment. Founded in 1983, the company makes yogurt, yogurt smoothies, organic milk, cultured soy, frozen yogurt, and ice cream. In the company's early days, it was headquartered in an old farmhouse and the operation consisted of two families and seven cows. Today it's the number one maker of organic yogurt and the third-largest brand of yogurt overall in the United States. Its sales totaled more than US $300 million last year, and the company has averaged a 24-percent annual growth rate over the past 19 years.

In 2001 and again in 2006, Stonyfield Farm conducted an evaluation of its carbon footprint. The audit included virtually every business activity, from business travel to waste disposal, along with packaging, electricity usage, purchasing, the use of ingredients (such as milk, sugar, and fruit flavors), and shipping of raw materials and finished products. After completing those assessments, the company determined that the activities generating the most carbon dioxide were, in rank order, milk production, packaging, and transportation of finished products.

"The first time we did a complete [carbon] footprint [study], we were completely stunned that milk and packaging were our two biggest contributors to climate change," said Nancy Hirshberg, vice president of natural resources at Stonyfield Farm. She noted that the way livestock is raised results in greenhouse gas emissions from a variety of sources, including methane from the cattle's natural digestive process; methane from the manure; energy used to grow and transport the feed; energy used to make fertilizer; and on-farm energy use, such as electricity for cooling the milk. "One molecule of methane is equal to 25 molecules of carbon, so methane is far more potent than carbon," she said. "We've been working on this for many years and have developed programs in each of these areas of impact to try and reduce the emissions from our milk supply chain."

To address environmental issues and help employees achieve the company's environmental goals, including CO2 reduction, Stonyfield Farm set up Mission Action Program (MAP) teams in December of 2006. Director of Logistics Ryan Boccelli was chosen to head up a MAP team that would set goals for cutting carbon dioxide emissions in finished-goods transportation. The team included representatives from marketing, sales, and natural resources as well as from supply chain functions.

The transportation MAP covers shipments from the main plant and distribution center (DC) in Londonderry, where about 99 percent of the company's outbound volume originates. It also includes two co-packers, which produce items for Stonyfield and ship them to the Londonderry DC for nationwide distribution.

The team determined that the goal for the program's first year should be to establish an accurate baseline for greenhouse gas emissions generated by outbound transportation from Londonderry to customers throughout the United States. At this point, the transportation MAP team involved Miami-based Ryder Logistics, which operates a dedicated fleet for Stonyfield Farm and manages the 30 for-hire motor carriers it also uses. (The dedicated fleet carries about 30 percent of outbound shipments while for-hire carriers handle the rest.) Ryder maintained a database of the yogurt maker's shipments by region and by customer — data that would prove to be very helpful in mapping carbon emissions.

To calculate its emissions baseline, Stonyfield Farm used the "FLEET" (Freight Logistics Environmental and Energy Tracking) performance model developed by the U.S. Environmental Protection Agency (EPA). The model assumes that carrying a product one mile by truck or rail emits 1,847.5 grams of carbon dioxide. By multiplying that figure by the number of miles that trucks traveled to deliver its products to customers in the fourth quarter of 2006, Stonyfield Farm developed a baseline number of tons of carbon dioxide emitted in the transportation of finished goods.

The transportation MAP team is striving to meet the goal of a 40-percent reduction in the company's total annual carbon emissions by 2014. But rather than think solely in terms of absolute tons, it has been focusing on the amount of carbon dioxide generated per delivered ton of product. (See Figure 1.) By using that metric, Boccelli said, Stonyfield Farm can compare the effect on carbon emissions by customer and by region, regardless of delivery frequency. "If we reduce the amount of CO2 per ton delivered, then the absolute tonnage [of greenhouse gases] should fall even if the volume stays constant."

First steps yield big results
Once it had that emissions baseline, Boccelli's team identified ways to improve equipment utilization and reduce mileage, and hence Stonyfield Farm's carbon footprint. As a first step, the team decided to consolidate less-than-truckload (LTL) shipments into full truckloads. To promote truckload delivery, the yogurt maker established order minimums for customers and began requiring 48 hours' advance notice of order revisions. It also undertook route optimization based on reports it received from Ryder. As a result, the company was able to eliminate more than four million miles and some 2,500 truck trips from 2006 to 2007, reducing its CO2 per ton delivered by about 40 percent. Today, the only place Stonyfield Farm still ships LTL is New York City, because it has not yet found a suitable carrier to deliver multi-stop truckloads in that market.

In 2008, Boccelli's MAP team looked for opportunities to further reduce its transportation-related greenhouse gas emissions. Stonyfield Farm began including environmental considerations in its performancemeasurement scorecards for motor carriers. It also encouraged its carriers to participate in the EPA's SmartWay Program, which works with carriers and shippers to improve air quality and reduce carbon emissions. And the shipper inserted stipulations that motor carriers use new, lower-emission equipment into any new transportation contracts it signed.

Toward the end of the year, Stonyfield Farm conducted a network analysis that examined its distribution patterns, inventory deployment, and customer locations with an eye toward reducing the number of miles traveled during deliveries. Analysts looked at scenarios that included adding new plants and distribution centers to shorten lengthy, nationwide routes.

Although Stonyfield Farm has not yet made any changes to its distribution network, the exercise did identify other steps it could take to reduce its carbon footprint. For example, the analysis suggested that the yogurt maker could —as Boccelli says —"think outside the truck" and ship by rail. In January of 2009, the company began using Railex, a weekly refrigerated railcar service for food products, to move orders to the Pacific Northwest. One slight drawback is that the company needs an additional day's notice to prepare rail shipments, Boccelli noted. Still, the service has been successful enough from both an environmental and a cost standpoint that Stonyfield plans to use Railex to deliver product to customers in California, Texas, and Florida by 2012.

Currently the shipper is working with Ryder to upgrade the tractor and trailer equipment in its dedicated fleet to "greener" models. At this writing, the third-party logistics company had replaced three of the four tractors and four of the six refrigerated trailers in the small fleet. The new tractors have on-board computers that monitor drivers' compliance with curbs on engine idling and with the company's 63- miles-per-hour speed limit. The new units also come with such enhancements as special tires and directdrive transmission for better fuel economy. The fleet is now averaging 6.3 miles per gallon, a big jump from the 5.25 miles per gallon it achieved in the past. As a result of purchasing new equipment, the dedicated fleet has cut its carbon emissions by 10.4 percent.

Ambitious goals
The transportation MAP team has achieved notable results in a short time. Its efforts have contributed to Stonyfield Farm's receiving several environmental awards, including the U.S. EPA's Clean Air Excellence Award, the EPA and U.S. Department of Energy's Green Power Leadership Award, and designation as an EPA SmartWay Transport Shipper, including winning a SmartWay Excellence Award. Yet Boccelli and his colleagues aren't ready to sit back and simply enjoy their achievements. In fact, the team members have set ambitious goals for reducing greenhouse gas emissions even further. They aim to cut emissions per unit of yogurt delivered (compared to the 2006 baseline) by 50 percent by 2010 and 75 percent by 2015. They also have set a goal of cutting absolute annual CO2 emissions by 40 percent off the 2006 baseline by 2014. To realize those goals, Boccelli said, Stonyfield Farm will expand its use of rail service and will have to consider realigning some of its production sites and distribution centers. "The only way that we'll get to our targets is through plant and DC optimization," he said.

Boccelli remains confident that his team will meet with success, in large part because he has a determined crew and the program enjoys support from Stonyfield Farm's top executives. "Two years ago, we didn't think we could reach [the initial] goals," he said. "My team has not failed yet. And we have a leadership team that's willing to listen if we have to do something radical."

Logistics Strategy
James A. Cooke is a supply chain software analyst. He was previously the editor of CSCMP's Supply Chain Quarterly and a staff writer for DC Velocity.