We use cookies to provide you with a better experience. By continuing to browse the site you are agreeing to our use of cookies in accordance with our Cookie Policy.
Home » International trade community struggles to deal with tariff revisions
Forward Thinking 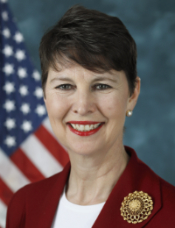 Brenda Smith of U.S. Customs and Border Protection says the agency is workinig to make communications "as predictable and detailed as possible."

President Trump's erratic approach to the imposition of tariffs on imports from China and elsewhere is making it difficult for companies to comply with U.S. trade regulations, according to government and corporate trade officials gathered at the recent Coalition of New England Companies for Trade's (CONECT) 18th Annual Northeast Cargo Symposium in Providence, R.I. The lack of predictability and sometimes insufficient advance notice is challenging importers, customs brokers, software vendors, and even U.S. Customs and Border Protection (CBP)—the agency that assesses and collects tariff payments—to stay ahead of the changes, they said during the November 6 conference.

Choosing her words carefully, Brenda Brockman Smith, CBP's executive assistant commissioner, Office of Trade, noted in a speech to the CONECT audience that the agency is working in a "very active, changeable trade environment." Because "knowing what will happen so companies can plan is critical to U.S. economic growth," CBP is devoting resources to helping the trade community manage customs compliance in this environment, she said.

CBP is working to implement a combination of automation updates and communications to the trade community that are "as predictable and detailed as possible," Smith said. The agency has set up a special team tasked with carrying out changes related to the implementation of trade remedies such as tariffs and penalties, she also said. That unit works closely with the Office of the U.S. Trade Representative and the U.S. Department of Commerce to coordinate information about the tariffs and enforcement, she added.

Customs is also communicating to policymakers in other areas of the federal government the impact that tariff changes are having on U.S. businesses' customs-compliance efforts—"an important role CBP can play," Smith said.

Any tariff revision requires communication, process, documentation, and IT programming updates, not only for CBP but also for importers, customs brokers, and providers of trade-compliance software. In some cases, though, the exact details aren't available until very late in the game.

In a separate conference panel discussion, Geoffrey Powell, chairman of the National Customs Brokers and Forwarders Association of America (NCBFAA), cited the example of tariffs President Trump said he would impose on imports from Mexico unless that country stemmed the flow of U.S.-bound migrants. In late May, Trump ordered the tariffs to be imposed with just 10 days' notice, and then suddenly canceled them by tweet the Friday night before the Monday effective date. "We found out one [business] day prior to the effective date that they were canceled. It's hard to get everything ready in those circumstances," Powell said.

One of the most effective strategies for managing compliance in an era of fluctuating trade policies, according to one panelist, is to have a highly structured process for quickly identifying what needs to change and communicating that information to all affected parties. This is critical in a large, multinational organization, said Barb Secor, senior director, trade compliance for the technical equipment manufacturer Thermo Fisher Scientific.

Secor related how she and her team had to quickly jump into action when the U.S. issued a ban on doing business with one of Thermo Fisher's customers, the Chinese tech giant Huawei. "Our company has 18 different divisions. We had to think about who would immediately need to know about this worldwide," she said. The trade-compliance team had developed a formal process for monitoring changes and then cascading information and related company policies to the relevant functions in all of Thermo Fisher's divisions. Local managers then follow a specified procedure for alerting affected organizations further down the ladder. Everyone is also advised where to go for more information or assistance, Secor said. This methodology has also proven effective for dealing with the changes in tariffs on Chinese goods, she added.

In many cases, international traders and software vendors must wait for CBP to issue instructions and reprogram its systems before they can make their own updates. That creates challenges for trade-compliance software vendors, said Celeste Catano, global product manager for BluJay Solutions and a licensed customs broker. CBP is sometimes unable to have its programming in place early enough for software vendors to fully test and deploy the update in advance of the effective date, she noted.

CBP's Smith acknowledged that it's difficult for all of the players to program, test, and implement changes on short notice; she advised any party that is not ready by the time tariffs or other trade-related policies go into effect to discuss their situation with CBP. "We will work with you if we know you are trying to comply and will try to help you find a solution," she said.

When asked how CBP has been affected by frequent changes in leadership at the agency as well as its parent Dept. of Homeland Security (DHS), Smith said that it's a challenge to navigate the interplay of government and politics, especially in the "very interesting times" the agency is working in now. She noted that former CBP Acting Commissioner Kevin McAleenan's move to Acting DHS Secretary—a position he later resigned—had caused some disruption internally (current Acting Commissioner Mark A. Morgan is the second to take that position since McAleenan went to DHS in April 2019), but that everyone recognizes the need to "evolve and change to deal with change." CBP's new leadership, she added, recognizes the agency's internal expertise and trusts the staff and career officers to "keep on going ... and get the job done."

Global Logistics Procurement
Contributing Editor Toby Gooley is a freelance writer and editor specializing in supply chain, logistics, material handling, and international trade. She previously was Editor at CSCMP's Supply Chain Quarterly. and Senior Editor of SCQ's sister publication, DC VELOCITY. Prior to joining AGiLE Business Media in 2007, she spent 20 years at Logistics Management magazine as Managing Editor and Senior Editor covering international trade and transportation. Prior to that she was an export traffic manager for 10 years. She holds a B.A. in Asian Studies from Cornell University.

Leaving China to avoid tariffs? Look before you leap

News and Exclusives
Every four years, the leaders of associated lift truck trade associations worldwide meet in the US to present and discuss trends in the global lift truck market, including representatives from Japan, China, the European Union and the United States.