We use cookies to provide you with a better experience. By continuing to browse the site you are agreeing to our use of cookies in accordance with our Cookie Policy.
Home » Riders on the storm

Riders on the storm

The transportation market has been a volatile and stormy one these past few years, with shippers trying to weather a confluence of issues including rising rates, shrinking capacity, driver shortages, increasing government regulation, and greater demand for smaller, more frequent shipments.

Indeed, a recent report by researchers from Auburn University compares managing the transportation function to "living along coastal waters in perpetual hurricane season." The report, titled Logistics 2030: Navigating a Disruptive Decade, Year 1—Freight Transportation, presents the findings of research on what companies are doing to ride out the storm, according to Gail Rutkowski, executive director of the National Shippers Strategic Transportation Council (NASSTRAC), which was one of the main sponsors. 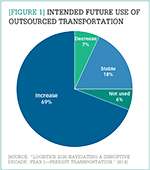 [Figure 1] Intended future use of outsourced transportation Enlarge this image 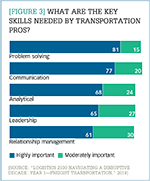 [Figure 3] What are the key skills needed by transportation pros? Enlarge this image 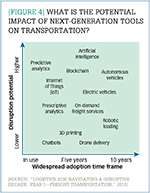 [Figure 4] What is the potential impact of next-generation tools on transportation? Enlarge this image

The report, which is part of a multiyear study on key aspects of logistics and supply chain management, is based on survey responses from 420 industry professionals as well as focus-group discussions and in-depth one-on-one interviews. (See sidebar below for more on the study.) Based on these discussions, the researchers concluded that for many companies, navigating the storm will involve establishing a clear transportation strategy that incorporates outsourcing. Companies will also need to create a formal, structured plan for recruiting and developing transportation leaders and make thoughtful investments in emerging technologies, they added.

If there has been a silver lining to all these storm clouds, it's this: Companies are becoming increasingly aware of the strategic importance of transportation. Three-fourths of the survey respondents say transportation is a priority for their organization, and 89 percent expect that it will be a company priority in 2030. And while 40 percent of respondents currently believe that their C-level executives do not understand the transportation function, they expect that number to drop to 16 percent by 2030, according to the survey findings.

"Double-digit rate increases, risks of freight not moving due to capacity shortages, and increasing customer expectations for fast, consistent transportation service combined to create a transportation crisis that C-level executives could no longer ignore," says report author Brian Gibson, professor at Auburn University's Raymond J. Harbert College of Business. "When your corporate strategies are threatened by an essential function like transportation, you are compelled to learn more about it and pay more attention to it going forward. These C-level executives are becoming well-attuned to my mantra that you can develop, build, and market a great product, but if you can't get it to the customer, then your money and efforts have been wasted."

While transportation is becoming increasingly important, it is also becoming increasingly complex. The growing demand for smaller, more frequent shipments and for greater visibility of delivery status requires sophisticated tools and capabilities. It's perhaps not surprising, then, that respondents expect to outsource more of their transportation responsibilities in the decade ahead. Almost 70 percent projected that their use of outsourced transportation services would increase by 2030. (See Figure 1.)

As for which tasks they'll hand off, the report indicated that technology, operations, and regulatory compliance would be the most widely outsourced transportation activities. (See Exhibit 2.) "We're not doing anything directly like we used to with spreadsheets and analysis; we're handing all that over to 3PLs (third-party logistics service providers)," said one focus-group participant.

As their outsourcing activity ramps up, however, companies will need to grow their own capabilities with regard to vetting, selecting, and managing service providers. The report also suggested there will be some changes in the way shippers manage their 3PLs. While review meetings, key performance indicator (KPI) dashboards, and service scorecards will continue to be important, the report indicates that the use of onsite representatives—where service provider representatives work directly in the customer's operations or customer representatives work directly at the service provider's operations—will increase by 50 percent.

Regardless of how they structure their outside partnerships, it's clear that companies will require in-house transportation expertise in the coming decade. However, filling those jobs will continue to be difficult as competition for top talent intensifies. Gibson believes there are currently not enough transportation professionals available who could step into the shoes of today's leaders if they were to retire or change jobs. "There's a great deal of technical transportation knowledge and savvy that will be difficult to replace," he says.

To complicate matters, most survey respondents believe it takes more than just technical skills and experience to be an effective transportation leader. It also requires strong skills in problem solving, communication, and analysis, they say. (See Exhibit 3.) However, 40 percent of survey participants said this combination of analytical skills, leadership capabilities, and transportation expertise is either "rarely available" or "not available" in the marketplace today.

This means that companies will have to devote significant time and resources to training and development. No longer can they rely on on-the-job training; instead, they must establish formal, structured leadership training programs, according to the report. But nearly all of the survey respondents agree that their current training programs are lacking, with 94 percent saying they will have to revise their development programs to better attract and retain talent. Indeed, fewer than 30 percent of companies currently have a formal, structured training program, although there are signs others are starting to fall in line. More than 55 percent of the respondents say they will likely have a formal transportation management talent-development program in place by 2030.

For companies looking to stormproof their operations, developing a championship-caliber leadership team won't be enough, however. They also have to give their people the right tools. "The more complex the freight market and customer requirements become over the next decade, the more companies will need strong technology to manage transportation planning and operations," Gibson says. "Legal pads, maps, and Excel spreadsheets just won't do in the current and future transportation environment."

For years, the "go-to" application for transportation managers has been the transportation management system (TMS), with its suite of planning, execution, and control applications. Seventy percent of survey respondents use TMS for carrier selection, cost analysis, performance measurement, and visibility, while a smaller number use the software for labor planning, event management, requirements forecasting, and analytics. In spite of the widespread use, the software does not receive rave reviews, according to the report. The majority of respondents rated their TMS tools as only moderately or minimally effective for such tasks as cost analysis. Those shortcomings notwithstanding, survey respondents say they intend to expand their use of all TMS capabilities.

At the same time, they're keeping an eye on emerging technologies that promise to drive operational gains. According to the survey, 87 percent of respondents think next-generation technologies will fundamentally change transportation operations, although the timetables will vary. For example, respondents believe that advanced analytics and the Internet of Things (IoT) have a high potential to upend transportation operations in the next three years, and that blockchain and artificial intelligence (AI) have significant "disruption potential" over the next five years. (See Exhibit 4.) On the other end of the spectrum, "Logistics 2030" respondents are not convinced that driverless trucks are coming in the near future, Gibson says. They predict it will be 10 years or more before the market sees significant implementations.

"That's quite a departure from the hype that we've been hearing in the popular media over the last three to five years," Gibson says.

While respondents were excited about the potential of emerging technology, their optimism was tempered by realism—and an awareness of the obstacles they face. For instance, 61 percent said they did not have adequate funding to support a major technology initiative, and 82 percent believe there's a significant risk that heavily hyped technology will not deliver the promised benefits.

Five steps to get ahead

Transforming transportation management to meet the demands of a new world order will not be easy, but the report has five common-sense suggestions to help companies get there. They are as follows:

1. Establish coherent, data-driven plans. Managing transportation via intuition and a day-to-day firefighting approach will no longer cut it.

2. Strengthen key relationships. The balance of power currently lies in the hands of the carriers. To get reasonable rates and guaranteed capacity, shippers will have to don their sales hats and sell themselves to potential carriers and third-party logistics service providers.

3. Give transportation a seat at the "adult" table. In a world where speed is a priority, it's imperative that C-level executives acknowledge the key role played by transportation and include it in corporate strategic planning efforts.

4. Adopt 21st-century technology. Companies can no longer base key decisions on spreadsheets and instinct; instead, they need sophisticated analytics capabilities and tools that can provide visibility and insight into what's happening in the supply chain right now.

5. Show transportation professionals the money (and respect). To attract and retain people with the right skills, companies must commit to recruiting, developing, and properly compensating top transportation talent.

The way forward may be tough going, but if anyone knows how to ride out a storm, it's transportation and distribution professionals. As corporate leadership wakes up to the critical nature of transportation, the function will likely command the resources and attention it needs to address these challenges.

"One happy takeaway [from the study] is that companies are finally allowing the transportation functions a seat at the table and are including them in their supply chain strategy," Rutkowski says. "Too often in the past, transportation was left out or brought in too late to be an active contributor. The recent 'perfect storm' or transportation disruption was one of the catalysts for this change."

Logistics 2030: Navigating a Disruptive Decade is a multiyear study conducted by the Center for Supply Chain Innovation at Auburn University's Harbert College of Business, the National Shippers Strategic Transportation Council (NASSTRAC), the Council of Supply Chain Management Professionals (CSCMP), CSCMP's Supply Chain Quarterly, and DC Velocity, and sponsored by the transportation spend management company TranzAct Technologies Inc. The goal of the study is to "assess the strategies, requirements, and tools that will shape supply chains and drive success over the next decade." This article summarizes the results from the first year of the study, which looked at freight transportation. The full version of that report can be downloaded from Supply Chain Quarterly's website, or purchased in hard-copy form for $25 at NASSTRAC's website.

Next year's study will focus on "The Fulfillment Center of the Future." The study will:

The study will be based on focus groups discussions, one-on-one interviews with supply chain executives, and the results of an online survey. The survey was conducted in October 2019, and the report itself will be available in January 2020. Upcoming years will focus on inventory, sourcing, and reverse logistics.

The good kind of peer pressure