We use cookies to provide you with a better experience. By continuing to browse the site you are agreeing to our use of cookies in accordance with our Cookie Policy.
Home » What's the road ahead for trucking?
Monetary Matters

What's the road ahead for trucking?

Trucks are an integral part of the transportation network that keeps supply chains moving. Every year, billions of tons of raw materials, agricultural products, and finished goods are moved by truck around the globe. As such, it is important to recognize the changes currently taking place in the trucking industry.

At IHS Markit, we expect to see a rapid growth in demand for trucking over the next 20 years. We believe that economic growth and the favorable economics of trucking will drive strong growth in ton-kilometers (ton-km), a measure of the mass of goods being moved and the distance over which they are moved. In the major markets of China, Europe, the United States, and Japan, trucking ton-kilometers has doubled from 6 million ton-km in 2000 to 12 million ton-km in 2018. We expect to see that figure more than double in these markets by 2040, according to our base-case scenario (See Figure 1). 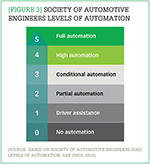 As demand grows, the industry will also see a slight shift toward alternative fuels and new technologies. While diesel truck demand will remain strong, we believe that as new power train technologies, such as hydrogen and lithium-ion batteries, become more cost competitive, we will see their adoption in the medium- and heavy-duty trucking industry. Additionally, the advent of autonomous vehicles may lead to substantial transformations within the industry.

As a part of IHS Markit's 2018 "Reinventing the Truck" study, we modelled the uptake of alternative technologies in the medium- and heavy-vehicle segment out to 2040. Not surprisingly, we found that sales of diesel trucks are projected to remain strong, particularly in the heavy-duty long-haul sector, at about 80 percent of total truck sales in our base-case scenario. However, sales of battery electric commercial vans and medium-sized delivery vehicles is expected to grow quickly. Electric batteries are a more attractive option for this segment than for heavy-duty, long-haul applications because it is easier to return to a home base for charging. Additionally, electrification offers lower maintenance costs over the life of the vehicle and allows companies to comply with the restrictions on internal combustion vehicles that have been proposed in some city centers.

However, the disaggregated structure of the trucking industry may slow the adoption of alternative fuels. Taking the U.S. trucking industry as an example (see Figure 2), the vast majority of trucking companies have a fleet size of less than six vehicles. Only a handful of companies have fleets of more than 5,000 trucks. It's easier for larger companies to purchase battery electric vehicles, explore bio fuels, and introduce CNG/LNG (compressed natural gas/liquefied natural gas) trucks into their fleets. For the smaller players, changing to a new propulsion technology represents a bigger risk and a proportionately bigger investment with lower utilization of charging and other specialized infrastructure.

However, we expect to see the barriers to entry to decline over the coming decade, due largely to two factors. First the cost of alternative fuel technology should decline, due to technical advancements as well as larger scale deployments. As battery costs drop, they will approach cost "parity" with internal combustion engines. When you add in the lower cost of maintenance due to the simpler electric engine, the economics for electrification become even more favourable, even for smaller operators. Similarly, if the costs of hydrogen decline, we are likely to see more uptake of that technology in specific markets as well.

While alternative fuels will certainly have an impact on the trucking industry, the greatest disruptor is expected to be the increased adoption of autonomous technologies. There is already widespread adoption of automation in various elements of the vehicle, such as braking and steering. But the eventual adoption of Society of Automotive Engineers (SAE) Level 5 technology, which reduces the need for a human driver, (see Figure 3) could have far-reaching impact. Trucks would be able to travel further and faster without stopping overnight. Warehouse logistics would adapt to autonomous vehicles, potentially expediting loading times. There is also potential for costs to be significantly lower in this scenario. However, before the industry can fully pursue this technology, concerns about safety and reliability must be addressed.

While there may be some differences across different regions, our "Reinventing the Truck" study indicates that the trucking industry will overall progress towards lower emissions, improved logistics, and increasingly sophisticated technologies. Taking these elements together, the trucking industry is heading for a lower cost, higher-efficiency future, even as we expect the demand for trucking to continue to grow strongly.