We use cookies to provide you with a better experience. By continuing to browse the site you are agreeing to our use of cookies in accordance with our Cookie Policy.
Home » You've heard of street smarts. How about smart streets?
Forward Thinking

You've heard of street smarts. How about smart streets? 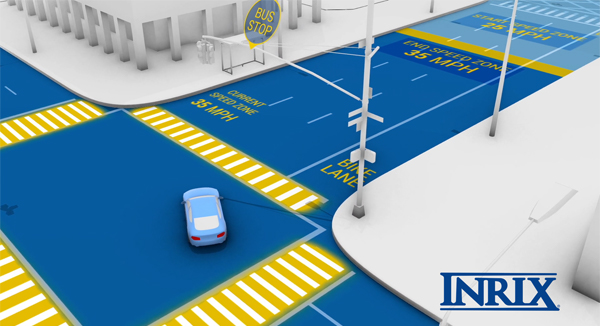 Self-driving vehicles seem to make the headlines every week, whether it's for something positive (like safely hauling a trailer of beer down Interstate 25 in Colorado) or negative (like involvement in a pedestrian fatality). Right now, all of these autonomous vehicles rely on the same basic technology elements, like sensors and machine learning, for navigation. As the industry matures, however, it will increasingly use another form of enabling technology that's not even incorporated into the vehicle itself—smart streets.

One example of what those may look like can be found in Las Vegas, where the Regional Transportation Commission of Southern Nevada (RTC) reportedly has become the first road authority in the world to digitize its streets for highly automated vehicles (HAVs). The RTC used Inrix's "Road Rules" platform to digitize local restrictions such as speed limits, crosswalks, school zones, and stop signs in two busy areas, according to the vendor.

Automakers and operators slated to use the platform at launch include Jaguar Land Rover, May Mobility, and nuTonomy, according to Inrix. As for where the technology is being deployed, the company says seven cities and road authorities are currently using Inrix AV Road Rules, including pilot users in Austin, Texas; Boston and Cambridge Mass.; and Portland, Maine.