We use cookies to provide you with a better experience. By continuing to browse the site you are agreeing to our use of cookies in accordance with our Cookie Policy.
Home » Florida nears opening date for autonomous vehicle test track
Forward Thinking 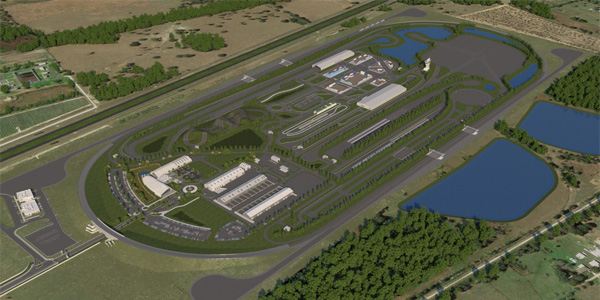 In an announcement at the Florida Autonomous VehicleÂ Summit, developers released the latest sketches of the planned, 2.25-mile-long,Â "SunTrax" test track set onÂ a 475-acre plot in the state's Polk County, midway between Orlando and Tampa.

The Florida track will be the latest site designed for unmanned car testing. In 2017, the U.S. Department of Transportation designated 10 "proving ground pilot sites" including the Michigan Technical Resource Park, in Ottawa Lake, Mich., and GoMentum Station in Concord, Calif.

Slated to be complete by spring 2021, Florida's Suntrax facility will be availableÂ for preliminary rental use next spring, offering what officials call the onlyÂ high-speed autonomous vehicleÂ testing facility in the southeastern U.S.

Visitors testing their experimental cars on the siteÂ will be able to choose from various environments on the 200-acre infield area,Â including: