We use cookies to provide you with a better experience. By continuing to browse the site you are agreeing to our use of cookies in accordance with our Cookie Policy.
Home » Hurricane Michael loads up for a strike on Florida panhandle
Forward Thinking

Hurricane Michael loads up for a strike on Florida panhandle 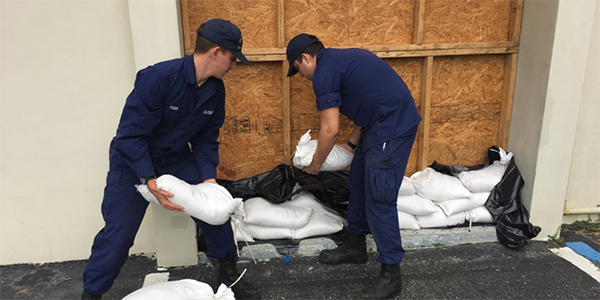 Maritime portsÂ and logistics facilities in the Florida panhandle were bracing Tuesday for theÂ arrival of Hurricane Michael, a storm prowling through the Gulf of Mexico thatÂ is forecast to makeÂ landfall in the U.S. Wednesday as a powerful Force 3Â hurricane.

Officials haveÂ declared aÂ hurricane warning for regions from the Alabama/FloridaÂ border in the west to Florida's Suwannee River in the east, as the storm chugsÂ through the eastern Gulf ofÂ Mexico.

Hurricane Michael follows close on the heels of Hurricane Florence, which swept over North Carolina on Sept. 14, delivering drenching rains and causing flooding that has lingered for weeks, closing ports and highways and wreaking damage on warehouses, rail lines, and other logistics facilities.

The center of Michael is expected to move inland over the Florida Panhandle or Florida Big Bend area on Wednesday, and then move northeastward across the southeastern U.S. Wednesday night and Thursday, and move off the Mid-Atlantic coast away from the U.S. by Friday, according to theÂ National Oceanic and Atmospheric AdministrationÂ (NOAA's)Â National Hurricane Center.

Specifically, the storm is expected to bring high winds and deep storm surge to the region, and to dump rain totalingÂ 4 to 8 inches—with isolated amounts of 12 inches—acrossÂ theÂ Florida Panhandle and Big Bend, southeast Alabama, and southern Georgia. As it moves northeast, the storm could then drop 3 to 6 inches of rain in Eastern Georgia, the Carolinas, and southern Virginia, the National Hurricane Center said.

In preparationÂ for the storm, the Port of Panama City and Port of Pensacola, both on the Florida panhandle, on Tuesday set hurricane condition Yankee, which is the next-to-worst point on a Coast Guard scaleÂ that ranges from the least serious, Whiskey, to X-Ray,Â Yankee, and the worst—Zulu—as storms intensify.

The forecast is more optimistic on the state's Atlantic coast, where theÂ Port of Jacksonville and Port ofÂ FernandinaÂ remain at hurricaneÂ condition Whiskey, and say they plan to remain open with noÂ restrictions. Likewise, farther eastÂ near Miami, Port Everglades has not yet issued any storm warnings, but the siteÂ does have an online webcam showing real-time video of weather conditions in theÂ port.

In other impacts, officials have already evacuatedÂ offshore platformsÂ in the Gulf of Mexico andÂ Florida governor Rick Scott has mobilizedÂ NationalÂ Guard troops and ordered Gulf Coast residents to head inland or getÂ ready to evacuate,Â accordingÂ to Reuters.

To helpÂ travelers evacuating or moving through the region, the state of Florida hasÂ also provided a smartphone app that providesÂ real-time travel data such as road closures of interstatesÂ and major routes, as well as a website, Twitter messages, text alerts, and liveÂ camera views. Residents can download this Florida 511 Advanced TravelerÂ Information SystemÂ (FL511) on their mobile computers.

That information could prove to be valuable since parts of the recovery from the Hurricane Florence's flooding in Wilmington, N.C., has been slowed by vehicles trying to use roads that were flooded and closed faster than smartphone routing apps could keep up with the news, officials said.