We use cookies to provide you with a better experience. By continuing to browse the site you are agreeing to our use of cookies in accordance with our Cookie Policy.
Home » Curse of the Internet: E-commerce creates new challenges for customs
Forward Thinking

Curse of the Internet: E-commerce creates new challenges for customs 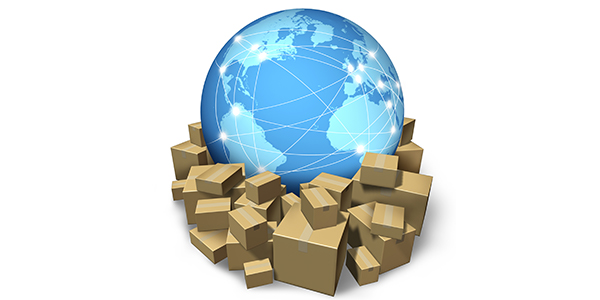 Earlier this year, World Customs Organization (WCO) Secretary General Kunio Mikuriya spoke of e-commerce bringing a "tsunami of small packages to the doorsteps of customs administrations and other regulatory agencies around the world." Mikuriya was not exaggerating.

Millions of international packages are shipped to consumers daily, and that volume is rising fast. E-Commerce Logistics in the United States, a 2018 report by the market research firm Armstrong & Associates, says cross-border e-commerce today accounts for 15 to 20 percent of the world's online traffic. Growing at about twice the rate of domestic e-commerce, it's expected to represent 22 percent of global online sales by 2020, the report says. The surge is straining customs operations and creating challenges for authorities around the globe.

Historically, customs agencies have dealt with large-scale industrial transactions between established companies that are known to government authorities. But the Internet makes it easy for even the smallest businesses and entrepreneurs to sell their wares overseas. As a result, business-to-consumer (B2C) transactions often involve "one-off" orders shipped by companies or individuals that customs authorities may not know and that are bound for individuals who are also unfamiliar. This has made it harder for authorities to identify criminals and fraudulent activity, including duty evasion, smuggling, and improperly described goods.

Furthermore, e-commerce has created a new category of casual buyers and sellers with limited knowledge of export/import processes and regulations. Consequently, documentation, product descriptions, and declared values for B2C shipments often are incomplete or inaccurate.

In such circumstances, imports can be flagged for review and held up for hours, or even days. But e-commerce merchants who compete on timely deliveries are anxious to keep merchandise moving. That puts pressure on customs authorities to clear shipments quickly, sometimes without sufficient staffing to handle the huge growth in volume, said Amy Magnus, president of the National Customs Brokers & Forwarders Association of America (NCBFAA) and director of customs affairs and compliance for customs broker A.N. Deringer, at the Coalition of New England Companies for Trade's (CONECT) Northeast Trade & Transportation Conference in April.

For U.S. Customs and Border Protection (CBP), perhaps the biggest issue is that many e-commerce orders fall below the de minimis value threshold. That means the shipment's value is so low that it's exempt from duties and only minimal information must be provided to CBP when the goods enter the United States.

Under the Trade Facilitation and Trade Enforcement Act of 2015 (TFTEA), Congress raised the U.S. de minimis for merchandise to $800 from $200, with the aim of reducing paperwork and speeding up customs clearance for small shipments. That change has led to a series of problems, creating what the NCBFAA has called the "de minimis dilemma."

The new threshold made millions of additional shipments eligible for the documentation and duty exemptions, and therefore a potential source of risk. The identity of the receiver is required, but that of the buyer, which may differ from the receiver, is not. This makes it harder for CBP to screen importers for wrongdoing. Nor is the Harmonized Tariff System (HTS) commodity-identification code required; a written description is deemed sufficient.

The incomplete information constrains customs authorities' ability to collect trade data for economic analysis and to identify imports that violate intellectual property law. Magnus pointed out that other government agencies relying on import data supplied by CBP might not receive sufficient information to carry out their own assessments. However, CBP and other federal agencies can still require formal entries and inspections for certain imports, such as those that are subject to quotas.

The updated regulation regarding de minimis, popularly referred to as "Section 321," says that the exemption from duties, taxes, and most customs-clearance formalities can be claimed for articles "imported by one person on one day" with a "fair retail value in the country of shipment" of $800 or less. It also says that merchandise covered by a single order or contract that is shipped in separate lots to avoid duties does not qualify for de minimis. This has been difficult to enforce, partly due to ambiguity surrounding the definition of "one person" and to shippers' ability to manipulate shipments to meet the "one order" criterion.

Some third-party logistics service providers (3PLs) have set up fulfillment centers in Mexico and Canada that are "filled with goods, waiting for e-commerce orders" specifically to take advantage of the $800 threshold, Magnus said. One example is XB Fulfillment, which says it offers "a legal way to completely eliminate duties" under Section 321.

In one example from the company's brochure, merchandise imported in container or pallet loads via air or ocean to Los Angeles moves immediately in-bond to XB's warehouse in Tijuana, Mexico, and thus is not subject to U.S. import duties. When an e-commerce order is received from a client, XB says, it ships the order from Tijuana to meet the promised delivery times to the end consumer in the U.S. According to the brochure, the shipment is considered duty-free as long as each order is sent to an individual buyer/consignee, each consignee receives no more than one shipment per day, each consignee receives a separate commercial invoice, and the value of each order does not exceed $800.

While such practices—akin to taking advantage of a tax loophole—appear to comply with the letter of the law, they may also create problems. For instance, some shipments may violate the rule that merchandise under a single order or contract that is shipped in separate lots to avoid duties does not qualify for de minimis.

These low-value orders often are consolidated and shipped in truckloads to the United States. Currently, according to Magnus, if a truck arrives in the U.S. from Canada or Mexico and no shipment or consignment on that truck is valued at over $800, and the goods are not otherwise subject to other U.S. federal agencies' requirements, then no advance notice is required and the driver can simply present a paper manifest to CBP at the border. (However, if even one shipment on the truck is valued at over $800, then the carrier must transmit the manifest electronically to CBP at least one hour in advance of arrival.) Additionally, if, according to the manifest, every shipment on the truck meets the de minimis criteria, then no formal entry is required and no HTS numbers need appear on that document. The carrier is responsible for preparing the manifest based in part on information received from the foreign shipper(s). That information may well be incomplete, a common problem with e-commerce shipments. For example, a description of "plastic bags" could represent anything from food packaging to parts of medical devices; without an HTS number, it's impossible to know.

This situation places customs officers in a difficult position when it comes to regulatory compliance, security, and risk assessment, said an unidentified CBP officer who was in the audience at the CONECT conference. An officer must figure out what to do with no advance notice, very little information, and a thick pile of paper to work from, he said. "The officer is forced to make a decision: Do we delay the truck, and thousands of small packages, to inspect them? That would take a whole day."

Without access to detailed information or advance notice of a shipment's arrival, customs authorities are hampered in their efforts to target suspicious shipments, Magnus agreed, adding, "Low value does not mean low risk."

With millions of low-value packages shipping daily, the potential lost revenue and lack of data could have significant consequences. Trade data in countries with large e-commerce volumes has already become distorted due to the large number of de minimis shipments, according to WCO officials.

Authorities are well aware of the problems, and a variety of potential remedies are currently under discussion. For example:

Governments inevitably will try to prevent e-commerce shippers from avoiding duties and taxes, wrote Chris Jones, an executive vice president at logistics software developer Descartes Systems Group, in a blog post earlier this year. Jones predicts that sellers will be required to provide information to help governments assess and collect duties, and that carriers and logistics service providers could be required to help enforce laws and collect duties on customs agencies' behalf.

It's hard to say which of these and other proposed responses to e-commerce problems will actually be implemented. But given the spectacular growth of cross-border e-commerce, and with national security and revenue at stake, international traders should be prepared for customs authorities around the world to take aggressive action sooner rather than later.