We use cookies to provide you with a better experience. By continuing to browse the site you are agreeing to our use of cookies in accordance with our Cookie Policy.
Home » GE goes 3-D
Forward Thinking 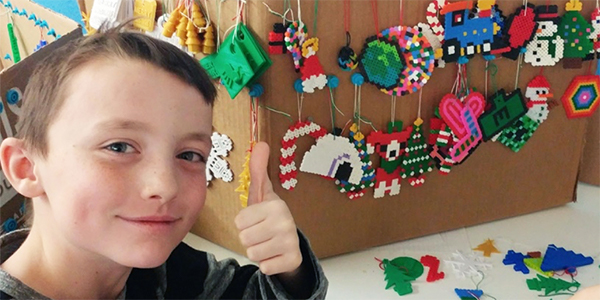 Three-dimensional (3-D) printing could change the ground rules of logistics, allowing companies to produce parts on site and on demand, thus avoiding the costs of shipping and storage, proponents say. Despite that game-changing promise, many companies believe the technology is still in the distant future.

That perception could soon change—if one of 3-D printing's biggest supporters, Boston-based industrial giant General Electric Co., has anything to say about it. GE has been pouring resources into its Additive Education Program (AEP), an effort to promote "additive manufacturing" by donating 3-D printing equipment to primary and secondary schools around the world. In the most recent round, GE's AEP awarded polymer 3-D printing packages—which include hardware, software, and a teaching curriculum for science, technology, engineering, art, and mathematics (STEAM) education—to more than 600 schools in 30 countries.

GE hopes the AEP packages, which are due for delivery by Sept. 30, will help build an ecosystem for 3-D printing in education by networking students, machines, and content via an online platform called the "Polar Cloud." "Additive's time is now. It is already transforming how we design, engineer, and manufacture complex and everyday items," Jason Oliver, president and CEO of GE Additive, said in a statement. "But we have to keep an eye on the future and ensure we have enough engineers, coders, and materials scientists coming through the education system to fulfill the potential of additive manufacturing."

The key to successful digital transformation? Your people

Report: Companies are focused on sustainability, but lack progress