We use cookies to provide you with a better experience. By continuing to browse the site you are agreeing to our use of cookies in accordance with our Cookie Policy.
Home » Commentary: Who does trade protectionism protect? Not U.S. jobs and not the supply chain
Forward Thinking

Commentary: Who does trade protectionism protect? Not U.S. jobs and not the supply chain 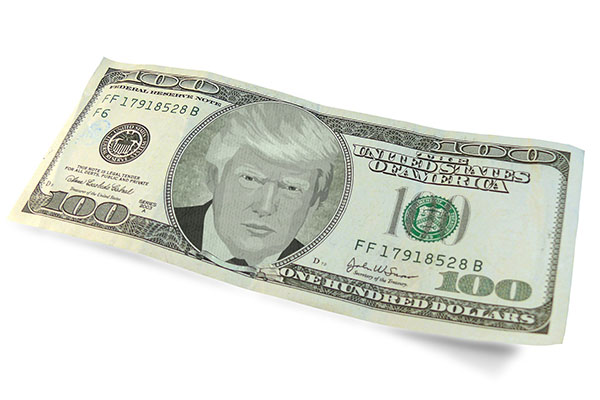 President Trump's recent decision to impose significant tariffs on steel and aluminum imports has sparked concern across every industry and around the globe. The announcement saw a fierce wave of backlash from the global community, as well as from U.S. companies worried that the implications of this move could go far beyond economic loss or gain for the nation. While the impacts on global trade, commerce, and the supply chain remain to be seen, one thing that's for certain is that these tariffs mark a move by the U.S. to embrace a protectionist trade policy. Yet the question remains, who exactly does it protect?

A 25-percent tariff on steel and a 10-percent tariff on aluminum send a clear message, signed, sealed, and delivered, to global competitors: The U.S. wants to protect and prioritize its domestic industries by elevating its metal manufacturers. The immediate impact of this move is fairly predictable—with steel and aluminum from other countries becoming more expensive for U.S. buyers due to the new taxes, consumers of these products will purchase American-made metals, boosting these industries and allowing for job creation.

But what the administration is not looking at is how these tariffs will affect the U.S. in the long run. While President Trump insists that the tariffs will reinforce national security and increase jobs for Americans, there seems to be limited thought around how a shift to American labor will affect the U.S.'s ability to maintain sustainable price points for goods made from aluminum and steel and to retain manufacturing business in the country.

To President Trump's credit, these tariffs will force the U.S. to become less dependent on foreign steel and aluminum. However, it will also drive up the prices of these goods. Americans may be willing to pay a premium for American-made goods—as evidenced by the growing movement to buy local—but without coinciding job creation, not all of them will be able to afford to do so. Likely, the cost of U.S. labor will drive the price of American-made steel and aluminum so high that companies will be forced to take an "all or nothing" approach to U.S. manufacturing—where businesses either commit all their manufacturing activity to the U.S., or more likely, move it out entirely to avoid raising the price of their products.

From a supply chain perspective, the most obvious way for brands to keep their supply chain in the U.S. is to invest in automation. U.S. companies will have to invest in automated machines that can produce steel and aluminum rather than hiring humans. Automation and artificial intelligence (AI) will help companies keep prices lower and preserve the industry but will also lead to fewer jobs. This pokes a significant hole in President Trump's plan, given that American job creation has been core to his administration from day one.

There has long been a debate over whether automation takes jobs or makes them. In the supply chain industry, as well as many others, automation is implemented to absorb tedious and time-consuming labor, enabling workers to take on more strategic tasks. In this case, however, the technology would be leveraged as a necessary cost cutter rather than for the American worker's advantage.

Beyond these technological changes and some noticeable upward pressure on prices, these tariffs will affect the supply chain minimally in the short term. The contracts that bind suppliers and supply chain partners are long-term commitments, and ramping up any revisions to the supply chain is a time-intensive undertaking. The real change, however, is a ways down the road. Seemingly, perhaps, right beyond the administration's line of vision.

The long-term shift driven by President Trump's announcement—which the U.S. should be worried about above all else—is the likelihood that manufacturers will start to move their plants to other countries not affected by these tariffs. If U.S. companies are currently importing steel and aluminum from the European Union or China, strategic manufacturers will likely relocate their manufacturing operations to those countries to avoid the tariffs, achieve lower costs, and employ cheaper, non-U.S. labor. This potential migration of business is the antithesis to the motive behind imposing the tariffs in the first place.

Such a shift could also deter international companies currently considering building home factories in the U.S. Importing various parts or metals will add costs throughout the supply chain, making conducting international business in the United States only harder. With the mounting complexities that exist around the global supply chain already—from customs, taxes, and even now the implications of Brexit—brands will have yet another obstacle to overcome.

In the end, a protectionist trade strategy is entirely self-defeating. President Trump seems to believe that the U.S. is capable of winning any trade war, but in reality, there are no true victors when it comes to tampering with free trade. The whole point of free trade is that it's supposed to move freely—protectionism will not protect U.S. trade, it will only end up restricting it.

Rather than building a shield around the U.S. economy as the administration anticipated, the steel and aluminum tariffs may end up forming a cage around the country. This case may serve as an example of how protectionism, when approached in the short-term, can succeed in driving away those from whom we seek protection, but somehow leave the nation weaker and more exposed in the long run.

Mike Cadero is a general manager at ModusLink, a provider of digital and physical supply chain solutions. He can be reached at sales@moduslink.com.
You must login or register in order to post a comment.