We use cookies to provide you with a better experience. By continuing to browse the site you are agreeing to our use of cookies in accordance with our Cookie Policy.
Home » Thailand 4.0
Forward Thinking 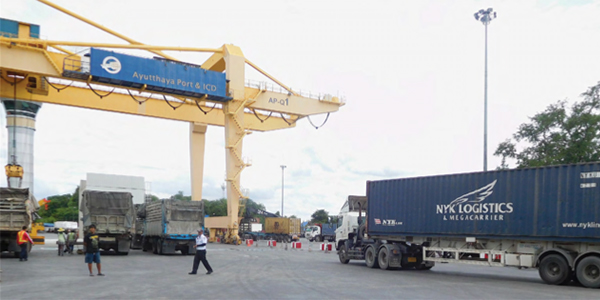 Thailand is ready to take the next step economically. Sitting among the world's mid-tier economies, Thailand plans to invest heavily in infrastructure to raise its profile among foreign investors and position itself as one of Southeast Asia's primary gateways for commerce.

This nation of 68 million people already has a lot going for it. Its manufacturing sector is strong, particularly in the automotive and technology areas. It is the world's number-two producer of hard disk drives. It ranks 12th in automotive manufacturing and sixth in the production of rubber tires. It is also the seventh-largest maker of computer devices. On top of that, Thailand boasts a fairly robust growth rate of 3.2 percent, a low cost of living, and a business-friendly environment—the World Bank ranks it the fifth-best nation in Eastern Asia when it comes to ease of doing business.

Part of its economic success is a result of its location. Thailand is surrounded by many of the globe's fastest-growing economies. Its neighbors include the powerhouse markets of China and India, and it's situated within a short journey of half the world's population. It's easy to see why Thailand aims to position itself as the gateway to these substantial markets.

But location and past success are not enough to assure a solid future for a mid-range economy. Many nations languish for years in the middle of the economic pack. To avoid this fate, Thailand has launched an ambitious economic growth plan designed to kick-start its economy and future-proof its workforce and industrial base. Known as "Thailand 4.0" (the initiative is the fourth iteration of the government's ongoing growth plan), the program is essentially a strategy for transforming a trade-based economy into a technology- and innovation-driven one.

"To gain economic growth, we need to introduce size and innovation," says Dr. Bonggot Anuroj, senior executive adviser with the Thailand Board of Investment.

As part of the effort, the government of Thailand is now finalizing plans that include a US$53.4 billion investment in major infrastructure projects through 2022. Once the plan is approved (which is expected to be next month), work will begin immediately to improve roadways, deep-sea ports, airports, and rail connections to create a logistics corridor that will have few rivals in Southeast Asia. 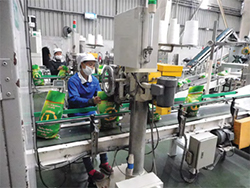 As for where the money will go, government leaders in Thailand have identified five industries "of existing strength" for further investment: automotive, intelligent electronics, advanced agriculture and biotechnology, food processing, and tourism. They have also identified five emerging growth areas for further development: aviation, biofuels and biochemicals, medicine and healthcare, digital technologies, and—of particular importance to the supply chain profession—robotics and advanced automation.

Dr. Anuroj says the latter will also play a critical role in addressing Thailand's future labor needs. Much like Japan and other developed Asian nations, Thailand is facing an aging population. "We may experience a lack of manpower in the future. So we are looking to grow our automation and robotics capabilities. These will be new engines of our growth," he says.

With respect to geography, almost all of the investment will be concentrated on three provinces on the eastern shore of the Gulf of Thailand. Known as the Eastern Economic Corridor (EEC), the target region includes the provinces of Chonburi, Chachengsao, and Rayong, which all lie within 150 miles of Bangkok. This area has been the industrial heart of Thailand for more than 30 years. Most of the major automotive manufacturers, including Honda, Toyota, Ford, General Motors, and BMW, have plants in the region. The area also boasts the world's 20th busiest port, Laem Chabang. In addition, it is home to a healthy oil and gas industry as well as a second port, Map Ta Phut, that handles bulk commodities.

Thailand believes that further infrastructure investment within this region will help it compete with Asia's other top logistics centers, like those in China, Japan, and Singapore. "We want Thailand to be a logistics hub," says Dr. Anuroj.

WHAT WILL BE BOUGHT WITH BAHT

All this will come at a hefty cost. To position the Eastern Economic Corridor as a major logistics center, Thailand's government will invest 1.5 trillion Thai baht (US$43 billion) in the area over the next five years.

One beneficiary of the spending will be the deep-sea cargo port of Laem Chabang, which is already one of the region's busiest. Its container operations currently handle 7.6 million TEUs (twenty-foot equivalent units) annually, and it does a robust roll-on/roll-off (Ro-Ro) business of 1.2 million automobiles a year.

"Our goal for Laem Chabang is to be one of the top 15 ports in the world and to be the prime gateway to Asia," says Kamit Sangsubhan, secretary general for the EEC Office of Thailand.

New rail connections are already under construction at Laem Chabang that will provide the capacity to haul 2 million TEUs annually between the port and Bangkok. Plans also call for the addition of six on-dock tracks for building trainloads.

The port will soon enter Phase III of its development project. This phase, which is expected to take seven to eight years to complete and will come at a cost of US$2.5 billion, will include the addition of a new basin and terminals to service ships.

The channel at Laem Chabang will also be deepened from its current 16 meters to 18.5 meters (just over 60 feet). Capacity will increase to 18.1 million TEUs. Other planned enhancements will boost the port's Ro-Ro capacity to 3 million vehicles annually.

In a bid to alleviate congestion, the port will soon introduce an electronic scheduling system for trucks. New access roads will further improve container flow in and out of the port. In addition, a "coastal terminal" will open next year that will accommodate the smaller vessels and barges that ply the Chao Phraya River (the inland waterway to Bangkok) and feed cargo to smaller ports in the region. The coastal terminal is expected to process 300,000 TEUs per year.

The terminal operators at the port will also make significant investments in technology once Phase III gets under way.

"We have a lot of technology to operate our port," says Anat Machima, senior operations manager at Hutchison Ports, a terminal operator that handles about 30 percent of the current container volume at Laem Chabang. Among other enhancements, automated cranes will be installed for loading and unloading ships at the berths. These will be remote-controlled from an adjoining building, as will the rubber-tired gantries that will work the new container yards. "We are the most modern port in Southeast Asia. The technology drives us to be competitive," he adds.

THE SKY'S THE LIMIT

Over on the aircargo side, work is under way to expand U-Tapao Airport, a former U.S. military base now operated by the Thai navy. Total investment at the airport, which lies about 90 miles southeast of Bangkok, is budgeted at US$5.7 billion. The airport already has a passenger terminal, which is being expanded to turn U-Tapao into Thailand's third international airport (a move aimed at reducing the strain on Bangkok's other two airports). Last year, 700,000 passengers used U-Tapao, and traffic is on pace to increase 20 percent this year.

Next year, construction will begin on a second runway and a new aircargo terminal. The EEC office also hopes to make the airport a center for aviation maintenance, repair, and overhaul. Thai Airways already has a three-hangar maintenance operation at U-Tapao for both narrow- and wide-body airplanes. However, the facility sits on the site of the new runway, so it will soon be demolished and replaced with a new building containing five hangars.

The area around U-Tapao is currently home to some 20 industrial developments, with more to come. There are plans in the works to develop properties adjacent to the airport for cold-chain logistics and other distribution operations, including the establishment of a large free-trade zone.

As for the region's ground transportation network, the Eastern Economic Corridor is currently slated for rail-track upgrades. In addition to the on-dock tracks being built at the port, US$1.8 billion will be spent to upgrade existing lines and double-track the rails between the EEC region and Bangkok to accommodate higher volumes of intermodal container traffic.

High-speed passenger service connecting Bangkok to the EEC will be added within the next few years, funded by a US$4.5 billion government investment. An extensive highway improvement project is also on the docket to facilitate the movement of freight by truck. This includes adding lanes to existing highways as well as the construction of new roads. The budget for the highway projects is US$1 billion.

While Thailand plans to spend heavily on infrastructure improvements, it is not neglecting investments in human capital. Working with private industry, the government is establishing "Cities of Innovation" within the EEC region. These "cities," which are essentially research clusters containing educational facilities and hands-on laboratories, are designed to promote the development of new technologies and train the next generation of business leaders. The first City of Innovation—a center devoted to research on biochemicals, biofuels, and agriculture—is already up and running. The second, which will focus on automation, artificial intelligence, and robotics, will open soon. Planning is under way for a third center that will be dedicated to aeronautics and space technology.

In addition, private industry is working with government and other agencies to assure a steady supply of talent to fill jobs in manufacturing and logistics. One such collaboration is the Thai German Institute, a center opened in 1992 by the two governments to bring German technology and training to Thailand. German instructors taught at the center for the first 10 years, but today, local instructors provide the advanced technical training with support from private industry. In all, the center offers some 200 courses on topics such as automated systems, electronic controls, machine maintenance, and smart factories.

Companies pay for the training of about 3,000 of their employees annually. These students typically already hold university degrees and have at least five years of experience in the industry before they're sent for the advanced training. Industry suppliers, such as Japan's Sanmei robotics company, provide automated systems and equipment for hands-on work. It's all designed to assure that Thailand can meet the challenges of tomorrow, while keeping the manufacturing plants and logistics centers of today humming. ’Tis the season to be patient