We use cookies to provide you with a better experience. By continuing to browse the site you are agreeing to our use of cookies in accordance with our Cookie Policy.
Home » NASSTRAC honors Mac Donald
Forward Thinking 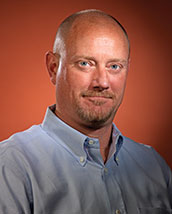 The award is given at the discretion of the NASSTRAC president to a person or company that has gone above and beyond in their ongoing support of the organization and its goals. It has been granted just twice since 2003, most recently to now-retired UPS Freight President Jack Holmes. This marks the first time a member of the media has received the award.

"Mitch and AGiLE have been staunch advocates of NASSTRAC and its mission since AGiLE was founded in 2002," said NASSTRAC President Terri Reid. "Mitch has always embraced our role as an agent of change and improvement for our members, for all shippers, and for the nation's transportation system as a whole. His efforts over the years make him a worthy recipient of this award."

"I am honored and genuinely humbled to receive this award," Mac Donald said. "NASSTRAC has always been a vital organization, both in terms of the subject matter coverage it provides and in the critical realm of public advocacy for transportation issues. Those issues are important to our readers and the industry, which helps assure NASSTRAC's vital place in the market."