We use cookies to provide you with a better experience. By continuing to browse the site you are agreeing to our use of cookies in accordance with our Cookie Policy.
Home » Getting smart about using software intelligence

Logistics and supply chain managers are getting smarter ... at least when it comes to using software intelligence to run their supply chains. Sixty-five percent of the respondents to a survey on supply chain software usage said they now use software for analysis. That was one of the key findings of the annual study conducted for CSCMP's Supply Chain Quarterly's sister publication, DC Velocity. The findings are based on 167 responses received from readers of both publications. The survey, now in its third year, provides a snapshot of how logistics and supply chain managers are using software to improve their operations. The breakdown of survey respondents resembled that of previous studies. As in past surveys, manufacturers made up the largest category of survey takers, at 35 percent of respondents. Next came third-party logistics service providers (3PLs), at 15 percent. Wholesale distribution, retail, and transportation each accounted for 9 percent, while the remaining 23 percent fell into the "other" category. A plurality of survey takers came from small companies, with 56 percent working for companies with under $500 million in annual revenue.

WMS still number one
So what software tools are readers using? As was the case in the past two surveys, warehouse management systems (WMS) topped the list, with 50 percent of respondents using this application. Because a WMS oversees distribution center operations, it's a mainstay application for any company running a logistics or supply chain operation. 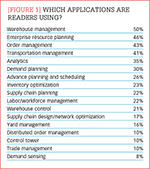 [Figure 1] Which applications are readers using? Enlarge this image

[Figure 2] What are the hot areas for analytics in the supply chain? Enlarge this image

The second most commonly used application was also no surprise. Enterprise resource planning (ERP) software, which serves as the system of record for financial transactions, was used by 46 percent of the survey respondents. In third place were order management systems, used by 43 percent. Fourth on the list was transportation management software (TMS), used by 41 percent—an unsurprising result given that the software, which is used for managing carriers, is a mainstay of today's logistics operations. In fifth place, cited by 35 percent, was analytics, a software category that's gaining in importance. (For the full list, see Figure 1.)

The ranking of the software tools in the middle also came as little surprise. Although demand planning offers value to large companies selling or making thousands of stock-keeping units (SKUs), many of their smaller counterparts still aren't using sophisticated software tools for forecasting. Similarly, inventory optimization tends to be used by companies struggling to manage the inventory for thousands of SKUs across several locations.

The tools ranked on the bottom of this list are either of interest to a narrow base or are new technology. For example, distributed order management systems, used by 10 percent, is deployed by omnichannel retailers to determine whether to fill an online order from a store or from a warehouse/distribution center. Another application, the control tower system, also cited by 10 percent, is a nascent technology that's now only being deployed by multinational companies to manage their end-to-end supply chains. Ten percent of respondents were using trade management software, an application only of value to companies involved in cross-border trade, and 8 percent were using demand sensing, an advanced application used currently by consumer product companies to quickly discern changes in consumer buying preferences.

Thirty percent of respondents had bought new supply chain software in the past year. Most popular were WMS packages, which were bought by 33 percent, while 24 percent bought a new TMS. Interestingly, the third most frequently purchased type of software was analytics, cited by 15 percent—another indication that more companies are interested in using software intelligence to gain insights into their operations.

The payback struggle continues
The survey found that many companies are still struggling with the issue of return on investment (ROI) on their software purchases. Although 43 percent of respondents said they had received the expected payback from a purchase, an equal number said they were unsure as to whether they had recouped their investment. On the other hand, 14 percent were firm in their view that their company had not received the expected return on their supply chain software investment, not surprising considering that a supply chain software license or subscription can run into the thousands of dollars and entail additional fees for consulting, training, and systems integration.

As the survey made clear, when it comes to payback, expectations vary widely. At one end of the spectrum were companies that expected payback within three months (7 percent). At the other were those that were willing to wait more than three years (6 percent). The remainder expected a return within one year (23 percent), within two years (10 percent), within six months (8 percent), and within three years (5 percent). It should be noted that 38 percent of survey takers said they did not know what the time frame was for expected payback at their company.

Many companies have found that cloud-based software provides a faster ROI than the traditional on-premise deployments; in fact, 49 percent of the respondents that are using cloud software said that this deployment method had shortened payback. Cloud solutions do not entail added costs for installation, hardware, systems integration, maintenance, and custom coding, and their lower upfront costs can translate to a quicker payback.

With those benefits, it's no surprise that the percentage of users moving to the cloud has increased over last year. Forty-five percent of survey respondents said that they are using cloud deployment for at least one type of supply chain software tool, compared to only 33 percent in last year's survey.

Growing use of analysis
The survey results underscored the growing use of software intelligence to find answers to supply chain problems as well as some of the issues associated with using these tools. Sixty-five percent of respondents said they are now using software for analysis. What's interesting is that only 32 percent are using tools especially designed for that purpose. This suggests that many companies conducting software analysis are taking advantage of the embedded analytics that are increasingly found in more advanced TMS, WMS, and inventory optimization (IO) packages.

When it comes to using software intelligence, almost half of those doing analysis—49 percent—use their tools for diagnostics to identify the root cause of problems. Another 43 percent use software for either descriptive or predictive analytics. (Descriptive analytics details and compares performance, while predictive analytics generally takes the form of demand planning tools.) Surprisingly, 39 percent said they were engaging in "big data" analysis, which involves sifting through reams of information for operational insights. Only 13 percent were engaged in cognitive analytics, which uses self-learning and machine-intelligence technologies to mine data, while 12 percent were making use of prescriptive analytics, which proposes solutions.

As for where they're applying these tools, the survey found that 62 percent of those respondents who are using analytics were using them for demand planning or forecasting, a critical business issue for companies trying to determine what to manufacture and distribute. Second on the list was inventory management, another important business issue, as companies must balance the cost of buffer inventory against the potential loss of revenue from a missed sale. Third was transportation, an area of concern as shippers seek to control shipping costs. (See Figure 2 for the complete list.)

Although more companies are turning to analytics, 25 percent have yet to take the plunge and another 10 percent are unsure if their companies are making use of these capabilities. When the nonusers were queried about the reasons for their hesitation, the top reason was lack of information technology (IT) support, cited by 32 percent. (See Figure 3.) That response is not surprising given that one of the issues bedeviling analytics right now is that many of those tools are not easy to use and often require the expertise of data scientists to assist in interpreting the results. The lack of data-visualization capabilities (which would allow users to see the results in the form of charts and graphs) and the need to use third-party software like Tableau to provide any type of results visualization are among the factors hindering greater adoption of analytics in business disciplines like logistics and supply chain management.

The integration challenge
Survey takers were also asked to name the biggest challenge they face to the successful deployment of a supply chain software application. As was the case last year, the number one challenge was systems integration, cited by 28 percent. Clearly, companies still find it difficult to get disparate systems to exchange information. Next on the list was the lack of IT resources, cited by 21 percent of respondents. Inadequate support from upper management, named by 17 percent, was the third most frequently cited challenge. (See Figure 3 for the complete list.)

Overall, the survey's findings underscore two themes in the business world in regard to information technology that, not surprisingly, are influencing supply chain software. Companies are increasingly turning to cloud deployments for software tools to receive a faster ROI and justify the expense. And despite obstacles such as the lack of data visualization, companies are starting to apply more analytics to gain insights into their operations in an effort to cut costs and boost profits.

Technology
James A. Cooke is a supply chain software analyst. He was previously the editor of CSCMP's Supply Chain Quarterly and a staff writer for DC Velocity.